A fifth component in our platform is PMA.slidebox, and can be used to distribute pre-configured slide collections to a broad number of people.

We prepared a pre-configured instance of PMA.sldebox in your personal sandbox:

Let’s not worry about the setup for now, and just see what it looks like for end-users. Click on End-user presentation and you’ll see the following: 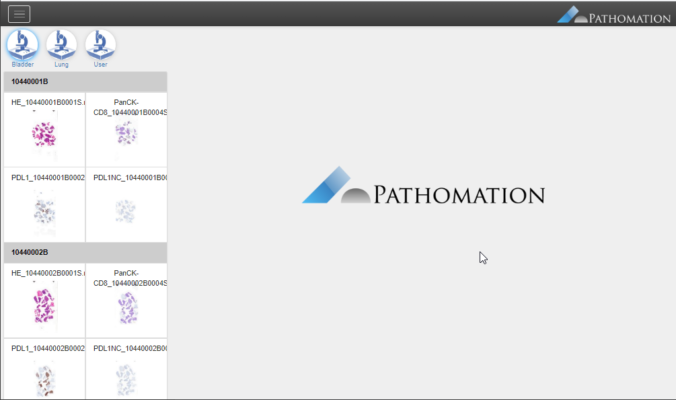 This is a no-frizzles, nothing fancy slide showcase environment. It’s the perfect solution if all you want to is show slides to people. And often-times, that is all you want to do.

Here’s an example of a high-school biology slidebox: 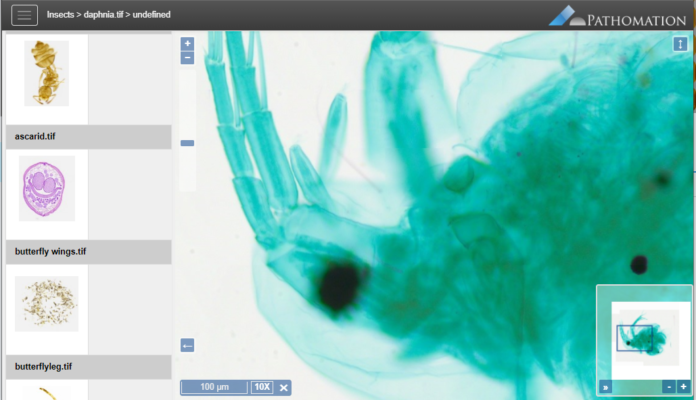 And here’s another example of a professional education training course: 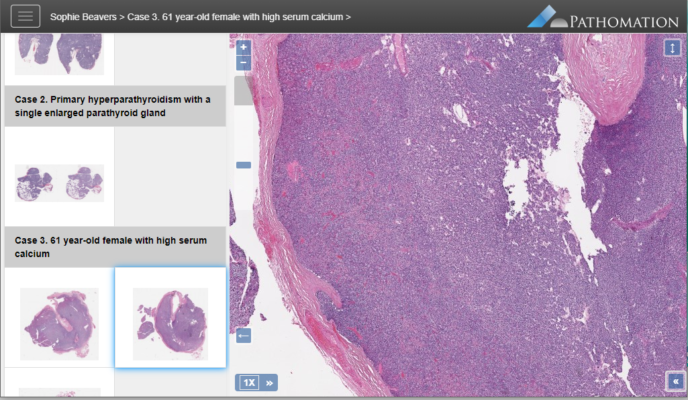 The simplicity of the interface is its power; all you need to do to get people involved in this, is send them the URL. There’s a virtually zero learning curve for recipients on the other end. There’s nothing to install, no login. All they have to is point and click. Everything figures itself out along the way.

PMA.slidebox is great for interactive instruction too. See how it’s been used during the European School of Pathology course seminar in Zagreb, Croatia.

The best thing about PMA.slidebox? The interface runs on top of PMA.core, the slide management environment that you were introduced to in the first episode of this tutorial series.

Today we looked at PMA.slidebox, another component of the Pathomation software platform for digital pathology.

In tomorrow’s edition, we’ll return to PMA.core to tell you more about its storage modalities and security model. We’ll do that with the goal of allowing you to configure your own PMA.slidebox front-end portal for end-users. We promise it’s not hard; it just needs a little more background.

If you have extra time to spare, we invite you to look at your own slides and think about how you would organize this as a PMA.slidebox portal. Then, go ahead and upload those already to your sandbox, using the combination of PMA.start and PMA.transfer, as discussed in episode 3 of this tutorial series.